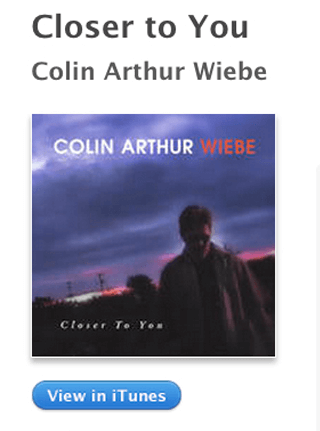 We actually played this gig twice which was cool because it was close enough to home that friends and family could watch it on local as well as national TV stations. It was cold but the audience was super warm. Nanaimo has always been one of the best rock and roll towns in Canada!

Butterflies in a Jar – Colin Wiebe

I wrote this song about a friend of mine who had lost everything. His story of loss, victimization and attempted suicide touched me deeply.  I was struck with this image of a butterfly in a jar, dying a slow death. I imagined being totally exposed, having nowhere to hide and what it would be like to experience that feeling of utter helplessness. The subtle paraphrasing of certain verses from Psalms were intentional.

The video was filmed in the drug infested streets of Gastown in Vancouver BC Canada. The original actress for the video called in sick on the day of the shoot and we had to find a replacement at the last minute. The girl in this video is my oldest daughter Jessica. It was an eye opening experience for her to spend a day on skid row and one I’m sure she’ll never forget. Jessica still refuses to watch this video to this day (I think it’s because she doesn’t like the way she looks wearing that make-up. She was portraying a former addict who returned to this neighborhood to help others.