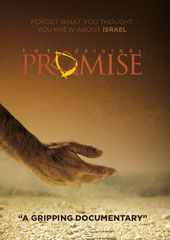 A couple of years ago I was a guest on a talk show program hosted by Doug Kooy. Not long after being on his show our paths crossed again at the Canadian Cancer Society Gala. Doug was an MC and I performed the theme song “Ride of Your Life” I wrote for the “Cops for Cancer - Tour For a Friend” event. Doug asked me to consider writing a song for a documentary he was planning to do on Israel. I didn’t know much about Israel and had never been there however, Doug had become a good friend and golfing buddy so I agreed to attend the first preliminary meetings. Little did we know back in those early days that this project would have such a dramatic effect on people. There were times when I didn’t believe the project would get off the ground but Doug was tenacious and persistent. The writing of the song “Never Again” I will save for a future post but what I will say is that dreams do come true and I have been blessed to play a part in Doug Kooy’s dream to shine a new light on Israel. The Original Promise is a film that will alter your perception of the Jewish State known as Israel. I was blessed to travel with the film crew in the Middle East and I will be forever thankful to Doug for inviting me to write that song. You can view the trailer for the film at http://www.theoriginalpromise.com.