I went with our tour manager Alf to a recording studio just outside of Lund. The studio was out in the country just past the windmill in the picture below.

We picked up some gear and on the way back to Malmo we drove through the old town of Lund. Lund is a University town and the cobblestone streets are filled with students on bicycles. We toured through one of the oldest churches in Sweden (it’s over 1000 years old) 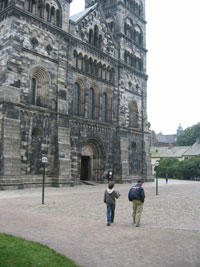 I got a strange feeling walking through such a historic place. The dungeons, the crypts, the incredible sculptures and masonry reminded me of a chapter in the Da Vinci code.

We sat for a while at a sidewalk espresso bar for a Café Latté and absorbed the culture of such an academic, historic town. 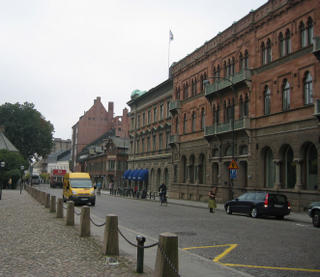